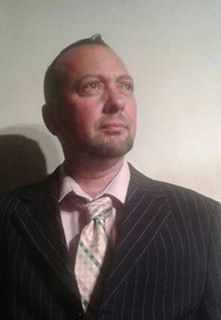 Alex Bayley was born in Maidstone Kent and grew up on the Romney Marsh. At the age of 16 he moved to Fairlight, near Hastings East Sussex and has lived in the Hastings area ever since.

Alex lives with his wife Hazel, three dogs and a parrot called Sidney, in the same area as his two daughters and five grand children.

In his spare time he enjoys spending time with his two horses Leo and Ruby Tuesday, who is a rescue horse.

Alex first explored spiritualism by visiting Hastings Christian Spiritualist Church in 1985, it was at this time just a fleeting interest.

After the tragic death of his beloved sister and a breakdown, a few years afterwards, he resumed his interest and visited the church again.

Alex had experienced spirit as a young child but after being reprimanded for having an over active imagination had shut spirit out.

It was after a church service that a medium approached Alex and invited him to join his circle. In 2008, Alex attended for about 6 months and the circle broke up. At this time Alex married his wife Hazel and pulled away from spiritualism again for a while. In 2010 Alex again found a circle and stuck with it. Alex started performing at fledgling nights in the local spiritualist churches in 2011 and by 2013 Alex had been invited to appear on Colin Fry’s stage, which he did on numerous occasions.