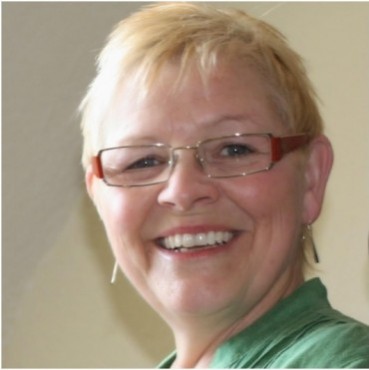 Geraldine is an International Psychic Medium, Tutor, Speaker and Author who was born in London, but now lives on the beautiful Mediterranean island of Gozo. Her psychic gifts came to her from an early age; she sensed spirit around her and just knew there was more to life than most people perceived. She would astral travel and the sense of eternity was a bit scary for one so young.

Geraldine has always been a bit of a non-conformist, which has led her to many interesting and sometimes turbulent periods in her life, but her love of Greek Philosophy, comparative religion, intuitive arts and Buddhism have served her well on her journey.

She loves to prove survival of the physical body through her mediumship and gives evidence with compassion and understanding, so that the recipient is in no doubt that their loved ones live on. For those who prefer card readings she gives guidance and advice through the Angel Tarot Cards, but always linking with The Infinite Power.

At The Arthur Findlay College and under the tutelage of Mavis Pittilla, she became a qualified medium and speaker; later and under the wing of the late Gordon Higginson, Principle of the Arthur Findlay College and one of the greatest mediums of the 20th century, she trained as a tutor and was privileged to teach at the AFC. Geraldine will always be thankful for Gordon’s mentorship, albeit for only two years, before he passed to the Spirit World.

The international psychic artist, Coral Polge, who often worked with Gordon, recommended Geraldine to work at the Spiritualist Association of Great Britain. It was an honour, because she took over from the indomitable Ivy Northage. She ran an advanced class for 3 years, until she left to live and work abroad and to focus on her writing. She has trained so many mediums and speakers over the years, passing on as much knowledge as she can from her guides and spirit contacts. Since 1990 Geraldine has worked all over the UK and abroad, demonstrating, running workshops and speaking.